Paparizou Forum has a long history, and it's famous for its Projects! Find them out here!
Post a reply
18 posts • Page 1 of 1

Helena will celebrate 39 years old on 31 January 2021.
Last year she was at Estate Club with Sakis Rouvas & Stelios Rokkos.
This year she will be at home as long as the day of her bday is Sunday but on friday 29th She will be at the 1st Live of The Voice and around those days she will release her new album ''Apohrosis''.

What better gift than her new ''baby'' album!

True!
It will be a day long remembered

Now its time to revive this surprise project.
Helena's Greek Official Fan club prepares it for 31/1.

How time flies fast, it's almost unbelievable for me too

Public Disclaimer wrote:The Best Posts thread is NOT cancelled due to COVID-19

Check out the Forum's Discord server on https://discord.gg/PWVNdGeBc6

How time flies fast, it's almost unbelievable for me too

ChrisKar wrote:Do you remember the old BDAY Videos we were organized? Maybe if you are here since 2006 - 2010 yes.

Now its time to revive this surprise project.
Helena's Greek Official Fan club prepares it for 31/1.

This year, Helena decided to make us a bday present. Her new album ''Apohrosis''.

Prepare your wishes to send on her social media!

The Best of Luck for "Apohrosis" album! 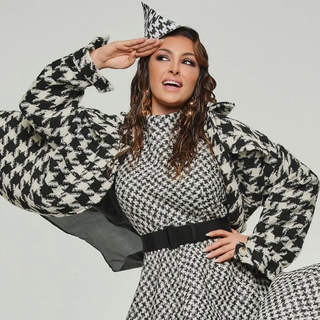 One of the most loved Greek singers, songwriters, and television personalities, Helena Paparizou was born on January 31, 1982. From a young age, the Swedish born performer’s artistic talents were apparent, as she attended singing, dancing, acting, piano, ballet, and Greek dancing classes.
This passion grew as the years went on, as she attended classes at the Art Performing School where she studied theatre, acting, television and directing. Helena said that her parents had no musical background, and the only person in her family who sang was her paternal grandmother, who was her inspiration. In 1999, Helena determined to fulfil her dreams of being an entertainer, joined her childhood friend Nikos Panagiotidis and formed the band ‘Antique’. Their debut single “Opa Opa” became a hit in Sweden and Norway, eventually entering the top ten in both countries, making ‘Antique’ the first act to reach the Swedish top five with a Greek song. Not to mention the hit song also gained gold status following its release in August 1999. Despite Antique’s continued success with lots more singles released, Helena decided to part ways in 2003 to pursue a solo career. She signed with Sony and debuted her first single “Anapantites Klisis” in 2004. In the same year she released her debut solo album ‘Protereotita’, which earned Helena her first Arion Award for Best Female Pop Singer in 2005. In 2005, Helena was selected to represent Greece in the Eurovision Song Contest, a show watched by billions across the world, held in Kiev, Ukraine. Her hit “My Number One” was a crowd and fan favourite from the beginning, with her performance scoring 230 points and the maximum 12 points from ten nations. Helena made history for Greece, taking out the number one spot in the Eurovision Contest and becoming the first Greek singer to win. Her Eurovision victory transformed her from a relatively minor celebrity to a notable music act on an international level. During her solo career, Helena has changed her musical style from laiko, to pop and rock-inspired styles, with her voice being described as “deep”, “sensual”, “dramatic” and “metallic”. In 2010, Forbes listed Paparizou as the 21st most powerful and influential celebrity in Greece. She has released so many hits we love to blast through the speakers like “Mambo”, “To Fili Tis Zois”, “Baby its Over”, “Gigolo”, “Survivor”, “Game of Love”, “An Isouna Agapi”, “Fiesta”, “Haide” and “Se Xeno Soma”, just to name a few.

The star has also recently released her new album Apohrosis!

Helena's message for her bday

That means when I joined the forum she was 29?
Scary to think about. Because that means I have aged that much too.

Return to About & Projects

Users browsing this forum: No registered users and 1 guest